River Ferries on the Androscoggin 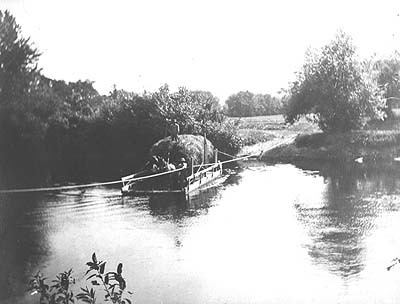 This privately-owned ferry was used for many years by the Roberts family of Hanover to access their large island in the middle of the Androscoggin. 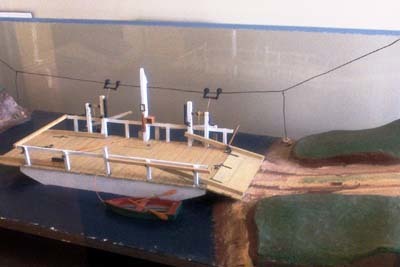 Dating from 1873, the Hanover Ferry was one-third owned by the town of Bethel, and two-thirds by Hanover.  It operated on the Androscoggin River between Hanover village and East Bethel until 1934.  During the 19th and first half of the 20th centuries, similarly constructed ferries provided an important means of crossing the unpredictable waters of many Maine rivers.  This highly detailed model of the Hanover Ferry was prepared by Frank Worcester, Lisa Ramsay, Pam Morton, and Martha Stearns, and presented to the Bethel Historical Society in 1975. 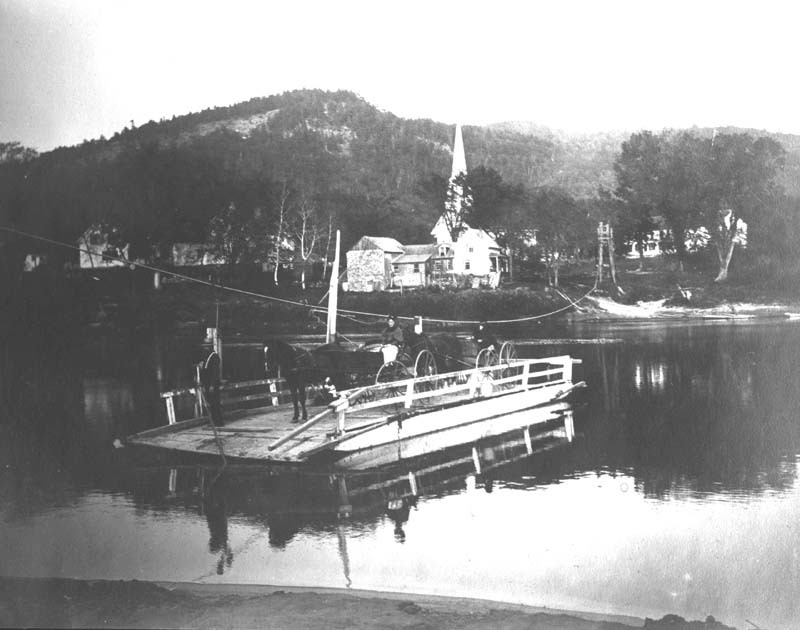 Established in 1809, the ferry between Rumford Point and Rumford Corner was the last to operate on the Androscoggin, ending service when a steel bridge was erected at that location in 1955.