The Last of the Pigwackets

Molly Ockett was residing with the Abenaki chief Metallak and his kin-group near Upper Richardson Lake, north of Andover, Maine, early in 1816 when she became ill, no doubt as a result of increasing age and an active life of hard work and migratory travel—much of the latter done on foot. The following account of Molly Ockett's last days is based on the reminiscences of Silvanus Poor of Andover and was recorded by his niece, Agnes Blake Poor, in her 1883 manuscript "Andover Memorials," since published in book form.

In the spring of 1816, Mollockett being at the [Richardson] lakes, was taken ill at Beaver Brook, above the narrows on Lake Molechunkamunk. She was assisted down to Andover by some friendly Indians, who remained there about two weeks taking care of her. At the end of that time they represented to the authorities of the town that it would be better for the town to take charge of her, than to have the whole party on their hands, for if they stayed to take care of her they could not hunt and support themselves. They then left, and the town authorities took charge of her. They made a contract with Mr. Thomas Bragg to keep her the rest of her life. She so strongly objected to enter[ing] his house, saying, "Me want to die in a camp, that is the home for poor Indian," that a small camp was built for her, in which she remained till her death, receiving every attention necessary for her comfort. She was very patient in her last illness, and when asked if she were prepared to die, replied, "Me guess so, be here good many years." She died August 2, 1816, and was buried in the Andover graveyard. A funeral sermon was preached for her by the Rev. John Strickland, which was largely attended. A stone was erected to her memory, from the proceeds of a celebration held in Andover on the Fourth of July, 18[67] for that purpose. After her death, her effects, which were scattered about, some in Andover, some in Newry, etc., were collected and sold at public auction, and the proceeds were nearly sufficient to cover the expenses of her illness and burial. Some of these articles are still in existence, and I possessed at one time the pouch in which she was accustomed to carry her jewelry. 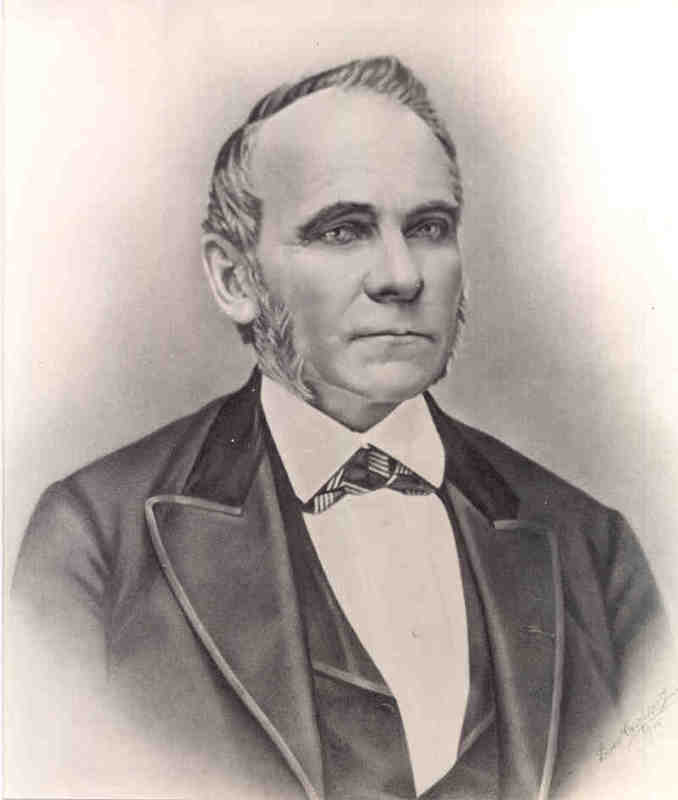 For many years headmaster at Gould Academy in Bethel, Dr. Nathaniel T. True (1812-1887) was an antiquarian, newspaper editor, and amateur scientist keenly interested in the language and customs of the Abenaki.  Dr. True contributed numerous articles on Indian-related topics to popular and scholarly journals and newspapers of his day, including "The Last of the Pequakets: Mollocket," written for the Maine Historical Society and published in the January 2, 1863 issue of the Oxford Democrat.  This account, widely regarded as one of the most reliable sources about Molly Ockett's life, was based on interviews with, and correspondence from, people who actually knew her. 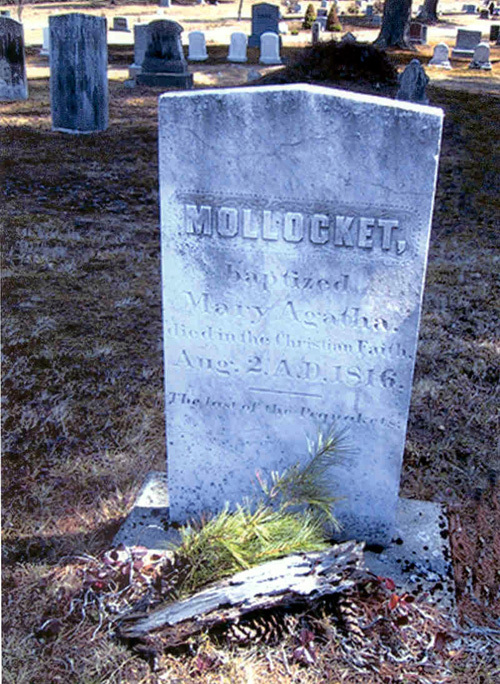 In 1867, the women of the Congregational Church at Andover, Maine, raised money to erect a gravestone over Molly Ockett's last resting place in that town's Woodlawn Cemetery.  Inscribed to the memory of the "last of the Pequakets," the marble tablet was officially dedicated during Andover's Fourth of July festivities.  Bethel's Dr. Nathaniel T. True, who had long studied Maine's Indians, gave the oration and set the stone in place with the assistance of a man who had helped dig Molly Ockett's grave some fifty years earlier.

← The Lonesome Trail
An Enduring Legacy →
The Last of the Pigwackets