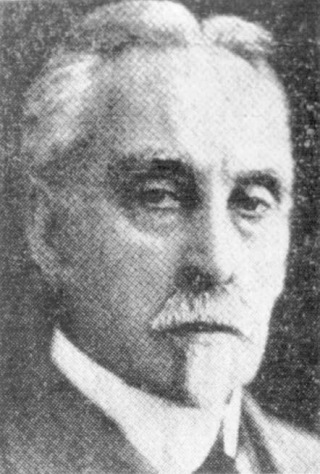 Editor’s Note: The following obituary of Atherton Furlong appeared in the 24 October 1919 issue of the Norway Advertiser and was provided by Society member Larry Glatz of Harrison, Maine. Much gratitude is also extended to Blaine Mills of the Greenwood Historical Society for furnishing the photograph of Furlong, who was born in the Patch or Furlong Mountain section of that town. Furlong married three times, but his sons were by his first wife, Carletta E. Wellington. The second wife’s name is not recorded. His third wife was Kaloola Lovett of Portland, a noted singer.

The funeral services of Atherton Bernard Furlong were held Sunday afternoon at the Universalist Church, Rev. C. G. Miller, officiating. The bearers were Charles S. Akers, Frank Kimball, Frank H. Noyes and Herman L. Horne, all of Norway. Interment was in Pine Grove Cemetery, according to his last wish.

In the death of Mr. Furlong, which occurred at his studio, Toronto, Canada, a noted artist, distinguished for his remarkable versatility in singing, painting, and writing has gone. He was born in Greenwood, seventy years ago. Here he obtained his early education in the district schools of Greenwood and the academy at Norway. At the age of sixteen, he started out for himself and first in Buffalo, then later in Boston, worked hard to obtain a musical education. Boston knew him in the early days of his career, when as a youth of twenty-two, he became a member of the Apollo Club and also assumed the musical directorship of Park Street Church during the pastorate of the Rev. W. H. H. Murray. There among those under his instruction were Lillian Norton (Nordica), and Anna Louise Carey, one of America’s most noted church singers. Shortly after arriving in Boston, he took stock of his possibilities and sought an audience with Mme. Rudersdorff, Richard Mansfield’s mother. Upon hearing her fees for lessons, he declared he would teach himself, and although Mme. Rudersdorff told him he was a “fool,” he persevered in his determination.

Some of his young friends in Boston were medical students, with whom he attended clinics. Through his study of anatomy, he worked out the physical principles of voice production—just as later he found out for himself the colors of his first painting. Later Mr. Furlong was solist in a Chicago choir with Dudley Buck as organist, subsequently singing under the same director at Holy Trinity in Brooklyn. About this time, there was an opportunity for an oratorical tenor to obtain an opening in that field in England. The aspirants were required to sing before a committee, one member of which was Mme. Rudersdorff. Mr. Furlong won the competition and took occasion to remind Mme. Rudersdorff (who had not recognized him) that he was the same self-taught lad whom she had pronounced a “fool.” Thus Mr. Furlong was selected out of fifty-four tenors to succeed at that time the late Joseph Maas. In England he studied with Alberto Bandegger. His career in England was marked with all possible honors, notably at the Sacred Harmonic Society of London, the oldest musical society in the world and many times at the Royal Albert Hall. Among his close friends with whom he sang with were Simmes Reeves, Santley, Mme. Albani and Adelina Patti, singing with Patti at the Royal State Concert at Buckingham Palace.

As a painter, Mr. Furlong was known in both America and England as an artist of landscape and animal life. His work ranks with the leading painters of the past centuries. Of his many works, perhaps the painting of “Jerry” which sold for $15,000 from the Chaus Galleries in New York about 1887, is the masterpiece of his animal subjects. This is a life size painting of a bull belonging to the herd of the Duke of Northumberland. "Among the Hemlocks," owned by W. E. E. Stokes; "Greeting the Morn," owned by Charles F. Yerkes, Chicago; and the "Midnight Watch," owned by Hanna J. Noyes, are among many of his noted paintings in this country.

His work is distinguished by great individuality, of refinement and delicacy. Always an indefatigable worker, time found him creating some of his strongest works the past summer, standing at his easel only two days before his death softly took brush and pen from the hand of the great master, and stilled the sweet music of which he had given so freely; for its seemed his great joy in life was to give his talents and to encourage youth in the realization of ambition.

After teaching in London and Berlin, he returned to America and for the past seven years has conducted the College of Vocal Arts in Toronto, as founder and director. His recitals have been one of the features of the musical season.

Poetry of words seemed as essential a means of expression to Mr. Furlong as poetry of sound and vision. His published works have placed him among the recognized American poets and are best represented in the second edition of his volume, Echoes of Memory. His poem, “Mystery,” has already found its place as one of the greatest poems of American literature.

Mr. Furlong is survived by two sons, Major Charles Wellington Furlong, who was one of the President’s party on his overseas trip, and Atherton Bernard Furlong, Jr., of Cincinnati. Services were held in Toronto where a large concourse of friends and students paid their last tribute to their beloved master. During the summer of 1918, Mr. Furlong spent his vacation in Norway.