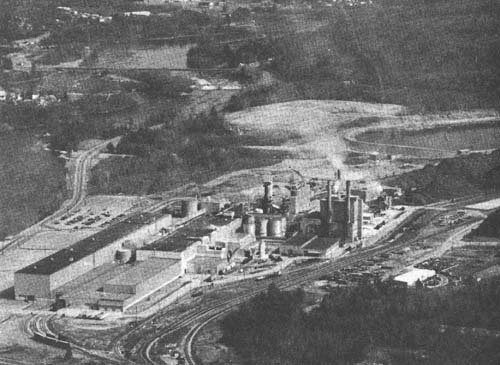 Opened in 1966, the former International Paper Company kraft mill at Jay was built at a cost of $54 million dollars. The operation’s primary treatment facility (part of which shows at upper right), installed in 1968-69, has been expanded over the years, as has the mill itself. A section of the Androscoggin River, including the falls at “Jay Bridge,” appears in this image.