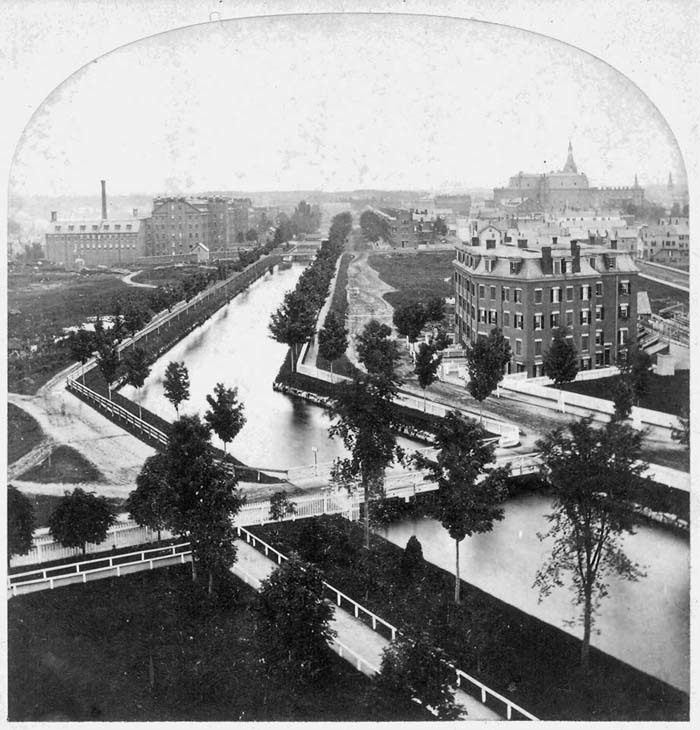 The grand plan for diverting water from the Androscoggin through a series of canals at Lewiston is well illustrated in this stereograph photo taken about 1875. Using the same water to power, a half dozen mill installations were made possible by an influx of workers and a vast amount of capital. Lewiston and Auburn’s populations soared upon completion of the Bates Manufacturing Company, and others like it (Auburn soon developed shoe-manufacturing as its own industry). Most of the textile workers were of Scots, Irish or English extraction until some six thousand French Canadians relocated to Lewiston from lower Québec Province between 1870 and 1880. This picturesque view belies the fact that raw sewage and highly colored textile waste were now pouring into the Androscoggin.