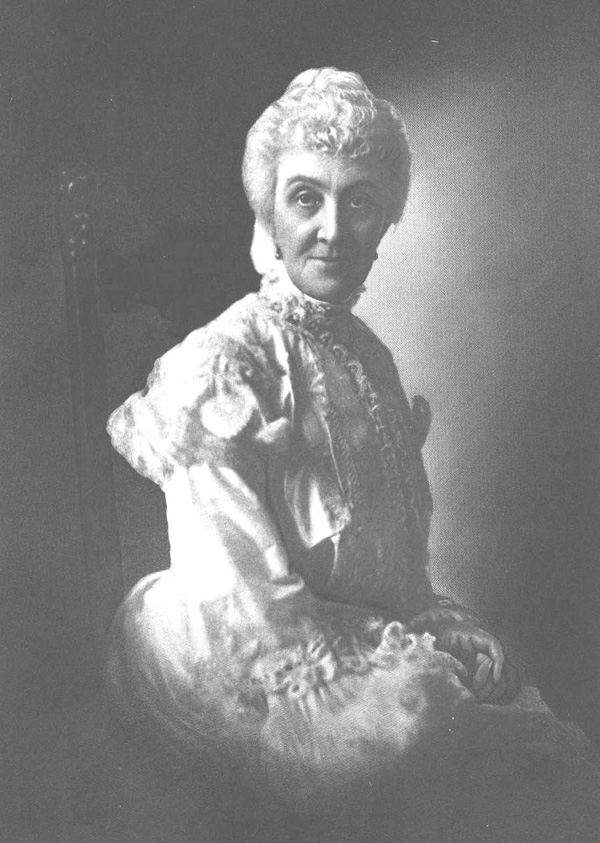 Enoch Foster, the third owner of the Society’s O’Neil Robinson House, was born in Newry, Maine, 10 May 1839, the son of Enoch and Persis Swan Foster. He was educated in Newry schools, Gould Academy, the Maine State Seminary at Lewiston, and at Bowdoin College. He left Bowdoin to enter the Civil War, becoming a second lieutenant in Company H, Thirteenth Regiment of Maine Volunteer Infantry, mustered by Colonel (later General) Neal Dow of Portland, the famed temperance advocate. Foster gained rapid promotion, becoming a first lieutenant, serving in the forces assigned to the Department of the Gulf under General Benjamin F. Butler, and was later appointed provost marshal by General N. P. Banks. In this capacity, he served for two years, resigning later to take part in the Red River Expedition, where he was recognized for his conspicuous gallantry. After three years of active service, he was honorably discharged and returned to resume his abandoned studies. By a vote taken in the academic council at Bowdoin, he was permitted to graduate in the class of 1864, his role in the service of his country being taken in lieu of the scholastic work for that period of time. With his college education secured, he began to prepare for a legal career by reading in the law office of his cousin, Hon. Reuben Foster, of Waterville. From there, he went to the Albany Law School, receiving the degree of Bachelor of Law in 1865. That same year, he was admitted to the New York bar, and subsequently that of Maine, but soon decided to return to his native state and set up a practice in Bethel.

While he was in Waterville, he met and married there on 3 June 1864, Adeline Owen Lowe, daughter of Ivory and Jane (Walker) Lowe of that city. Rev. Dr. David N. Sheldon of Waterville performed the ceremony. She died 12 June 1872 at the age of twenty-nine. He married second on 3 June 1873, Sarah Walker Chapman, born in Bethel, 1 February 1844, the daughter of Hon. Robert A. and Frances (Carter) Chapman of Bethel, who had grown up in the Society’s O’Neil Robinson House. Rev. Charles Morse of Bethel officiated at this marriage ceremony. She died on 28 March 1932 at the age of eighty-eight, surviving her husband by nearly twenty years. By his first wife, he had a son, John Dorr Foster, born in Bethel 15 August 1866 and died there on 2 April 1872. With his second wife, he had a second son, Robert Chapman Foster, who was born in Bethel on 19 April 1880.

No sooner had Enoch Foster settled in Bethel, but his promise and ability, in addition to his powers of clear thinking and natural eloquence, led to his election in 1867 as county attorney, and he was re-elected to that post in 1870. Six years later he won a term in the State Senate (1873-74). In 1884, he was appointed by Governor Frederick Robie as an associate justice of the Maine Supreme and Judicial Court for a seven year term, which was renewed in 1891 by Governor Burleigh for a similar period. After the close of his second term of office in 1898, Judge Foster retired from the bench and returned to Bethel. The following year, he formed a partnership with Hon. Oscar S. Hersey, opening an office in Portland which became known as Foster & Hersey and later came to be recognized as a leading firm throughout the State. After the retirement of his partner, O. S. Hersey, he formed a partnership with his son, Robert C. Foster, and was actively engaged in that practice until his death.

Although a lifelong Republican, Foster, who was present at the 1912 Republican National Convention in Chicago, became so enamored with Theodore Roosevelt that he left the party to become a Progressive and worked for the former President’s election. Foster was even touted as a possible U.S. Senate candidate for the Progressive Party, but that nomination eventually went to former Governor Edwin C. Burleigh.

Judge Foster took an active part in the social and fraternal life of the community in which he made his home. He held membership in a large number of organizations including the Bar Association of Cumberland County, the Bowdoin Alumni Association, Loyal Legion of Maine, and Brown Post: Grand Army of the Republic in Bethel. Other organizations in which he had membership included the Masonic Order, Knights Templar, Nobles of the Mythic Shrine, and the Independent Order of Odd Fellows.

Enoch Foster, Jr., died on 15 November 1913 in Portland at the age of seventy-four, and is buried there in Evergreen Cemetery alongside his two wives.