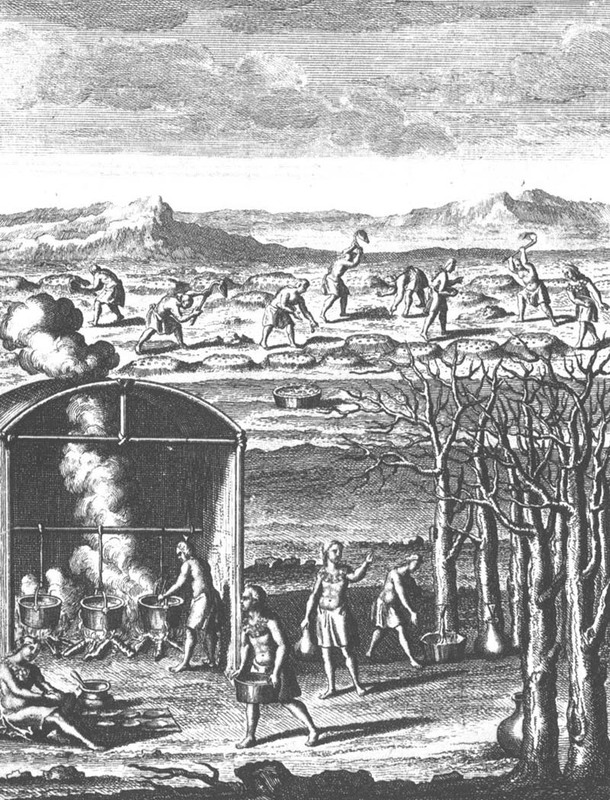 Well before the time of first contact with Europeans, the Abenaki of the Androscoggin valley had developed a culture heavily dependent on agriculture, and at "Rockamecook" (Canton Point), some five hundred acres of corn grown on the Androscoggin intervales were harvested annually. In this engraving dating from the 1580s, northeastern American Indians are shown boiling sap to make syrup, as well as harrowing hills where corn had been planted.